The ONLY Way You Should Adopt a Baby Monkey

We all look at monkeys and go “Oh cute”, I mean just look at them! How could you not? This exact thought has led many people to adopt or want to adopt a baby monkey. But have you really done your research into what it takes to have a monkey as a pet?

Monkeys are great animals, my favorite in fact. Well, that was probably obvious and if your reading this article I am sure that you probably share this sentiment. I especially love baby monkeys, but does that mean I would adopt a baby monkey? Probably not. There are a lot of things to consider before taking on something like adoption a baby monkey, or any monkey. So I have compiled a list of factors you should take into consideration before you adopt a baby monkey. Now I don’t want to get too technical so I will try to break down the important facts as much as possible.

So What Should You Consider Before You Adopt A Baby Monkey?

#1 They Are Not Cheap

And I don’t mean just the cost of purchasing one which will set you back a good few thousand dollars.  The cost to adopt a baby monkey doesn’t only include the initial payment but you also have to consider the food, which needs to be suited to their specific diet. You would also have to consider where you will house them, and their health care.

Which is you can even find a vet near you to treat them can get really expensive. Monkeys that are in captivity are also really susceptible to diabetes, so consider the long term health care before you decide to adopt a baby monkey. If you are working you might want to consider how you will care for the baby monkey as they require a lot of time and care.

#2 Where They Come From

Before you adopt a baby monkey you should probably know where they come from. In order for you to adopt a baby monkey, that baby needs to be taken from his/her mother. If the monkey comes from the wild there is a good chance that the mother was killed when the baby was taken. Even if the mother is not physically hurt, it is probable that the baby was taken just after birth. Imagine the trauma for the mother and the baby.

If you adopt from a breeder then chances are that there is probably one mother that is kept to breed. Each time the mother will have a baby ripped away from her after birth. Given that monkeys are highly intelligent, having a baby ripped away over and over again will most definitely cause psychological damage. You should know that by adopting you may be supporting the breeding and illegal pet trade inadvertently. Sadly where there is demand there must be supply, no matter where it comes from.

#3 They Don’t Smell So Good

Monkeys have rituals and behaviors that are ingrained in them, they are wild after all. One of these behaviors is “poop painting”. Yes, it is exactly what you think it is. Monkeys have a tendency to throw their feces around and urinate everywhere. It is a part of their wild behavior, similar to marking their territories. This can become pretty destructive and did I mention expensive?

You could probably try getting your baby monkey to wear a diaper, but it isn’t easy to get them to concede to this. Even if the monkey wears the diaper it can cause rashes and sores and if it is worn long term can inhibit tail muscles causing permanent physical damage.  So you might want to make sure you have an appropriate place before you adopt a baby monkey.

#4 They Won’t Be Babies Forever

Most monkeys reach puberty at around the age of 3, some older. Puberty in monkeys can be dangerous for the human handler. Monkeys often show aggressive behavior and can become dangerous. They make start biting and scratching, even if you are their favorite caregiver. It should be noted that there isn’t any training that can change this. It is their natural wild instinct to assert themselves. You should also be informed that if a monkey becomes violently aggressive and bite a human, they can be euthanized for it. You should be prepared for this when the time comes.

#5 Monkeys & Humans Can Make Each Other Sick

As you know, monkeys share a large genetic similarity to humans. This means that we can easily make each other sick. For instance, a simple cold sore or the human flu can be fatal to some monkeys if they are exposed to it. This means you could make your pet sick without meaning.

The reverse is true. Monkeys such as Macaques can carry herpes B which is fatal to humans. There are many other parasites that they may carry which do not affect their health but can be detrimental to humans. Your breeder might test for diseases and parasites but these tests are not 100% accurate, so you might want to factor in the risk.

Before you adopt a baby monkey you might want to find more information about how the specific breed socializes in their natural habitat. Monkeys are social animals that hang out with groups of their own kind. Think about it, if you have seen any monkeys in the wild, were they on their own or were there a few of them hanging out together?

Now consider that just because a monkey is sold as a pet, monkeys still have wild instincts and are prone to certain genetic behaviors. After all, a monkey isn’t the same as a dog or cat, they haven’t been bred as domestic animals for generations. So naturally, they will need to have social contact with their own kind in order to develop normally. Withholding this social contact with their own species can lead to serious psychological damage. This can cause the monkey to become aggressive, anti-social and even may cause self-mutilation. At the end of the day, humans are not a substitute for monkey mothers’ care and interaction with their own species.

#7 Once You Adopt There’s No Going Back

The final thing to consider is what will happen if you are unable to take care of the baby monkey you adopt. Monkey sanctuaries are not always a fallback plan as they usually operate with limited funding. If your monkey becomes aggressive you can not simply send them away. You may not be able to find a sanctuary that has a place or the monkey may not be reintroduced to its fellow species which will lead them to be placed into solitary enclosures. And as mentioned this is subject to space and funds.

You are probably thinking, “well I’ll just give it back to the breeder”. But you should know that in most cases when a breeder takes back a monkey, they are placed in small cages that are not the ideal habitat for a monkey to say the least. If the monkey has already become aggressive then the breeder may seek to change this behavior. This is usually done through shock therapy, starvation, and other horrible tactics.

So What Are Other Options To Adopt a Baby Monkey?

So, what other options are there? Well, you can still adopt a baby monkey without all the hassle mentioned above. There are plenty of great organizations that allow you to adopt a monkey at a sanctuary. This way you can still have your pet monkey but they will remain in a sanctuary where they are cared for in the appropriate way and won’t have to suffer. It’s a win-win situation.

Adopt a Monkey The Safe Way

Here are some of the organizations that allow you to safely adopt a monkey:

This foundation is aimed at primate welfare and conservation. They are a rescue and rehabilitation center for abused chimpanzees and macaques. They are located in Girona, Spain. You can adopt one of their residents, which means that you will contribute to their care and maintenance. In return, you will receive regular correspondence letting you know how your adoptee is doing and how he/she is adapting and mixing with the other residents. It is a great way to be involved.

The WWF or World Wildlife Fund (also known as the World Wide Fund) is an international non-government organization dedicated to wilderness preservation. They offer symbolic adoptions of many species of animals including a selection of monkeys. It is a great way to adopt a baby monkey as it will ensure that they are conserved and care for in the wild, where they should be.

Wild Future’s sanctuary and rehabilitation center opened in 1964. Besides having the option to adopt one of the adorable monkeys in the sanctuary, they also offer educational courses on primate care. They are located in Cornwall, England. Their main aim is to rescue abused monkeys. And to educate people in local and international communities on the conservation and care of monkeys.

Do y0u
still want to adopt a baby monkey? 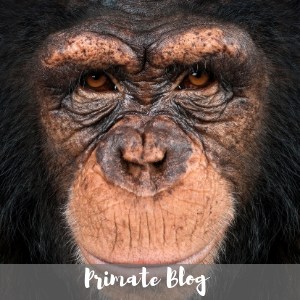